Comments below are based on the authors life experiences as well as insights from Chapter 3 of the book “Why Fathers Count.”

My experience with fatherhood may be a bit different from the norm.  When I was young my parents went through a bitter, contentious, painful divorce.  I have jumbled memories of this time – the concrete facts aren’t clear to me, but my emotional memory is crystal clear.  I remember feeling fear – a knife, flashing lights, and Dad is gone.  Now I’m running through an airport, as if for my life.  The cars look like tiny ants from up here.  Loneliness.  Me and Grandma are taking a midnight dip in the jacuzzi.  Is Dad looking at the same stars?  I remember confusion.  Is this normal or naughty?  Is this how dads are supposed to bathe their daughters?  Why is everything a secret?  Why so many doctor’s visits?  Why won’t anyone ask me what I think?  Since I was a child, my voice wasn’t deemed important by anyone with authority.  I had no control over anything so I did the only thing I could do: obey the adults and let time pass.

A couple years after the divorce, my parents found and married new partners.  I gained a stepfather along with a fresh start with fatherhood.  However, in my case two fathers were not any better than one.  I grew up with two fathers, yet I felt fatherless.  While my stepfather didn’t leave any physical marks of abuse on me, I developed scars from emotional and mental wounds.  I didn’t realize I was in a toxic environment until I was an adult.

This part of my life was governed by rules and riddled with shame.  No yellow nail polish.  No shorts on Sunday.  No toys in bed.  He established household rules under the pretext of having received a divine revelation for me. My stepfather, intentionally or unintentionally, controlled and manipulated me to a point where I felt smothered.  I was taught that in trying to develop a healthy relationship with my birth father, I was defying God’s wishes for my new family and that I would be causing marital issues between my mom and stepfather.  I felt ashamed for trying to love my birth father.  If I ever broke a rule, I told myself I was a terrible person for even wanting to push any boundaries.  In order to cope with this toxic environment, I learned to conform and censor information from all of my parents.  Every adult was asking me to keep secrets and I felt like I couldn’t trust anyone.  Which of my fathers could I turn to for unconditional love?  Which one would listen without needing to control, force, or silence me?

Since day one of the divorce, I had been legally mandated to go to visitation with my father.  In other words, I acted as a ping pong ball between my parents’ very bitter ex-spousal relationship.  I developed a different persona at each house, aiming to conform to whatever would get me in the least trouble.  I “learned” that Mom’s house was good and Dad’s house was bad.  Color faded from my view as I began to see the world in black and white.  Even grey disappeared. I was legally obligated to attend visitation until I turned 18. I felt like a slave to the judicial system, serving my time, waiting for the day I could spread my wings and emerge as the person I quickly learned to hide away for fear of rejection and punishment.

One positive outcome from my extremely religious upbringing was I was required to read scriptures and pray daily by my parents.  As a result, I inadvertently learned what real fatherhood should be – through getting to know and trust my Heavenly Father.  As I began to trust Him, my perspective changed.  Unlike my previous experience with fathers, He was available for me when I needed Him.  He welcomed me but never controlled or manipulated me.  He helped me see when I was doing something wrong and taught me how to repent and forgive.  My Heavenly Father became very real to me!  I grew to trust Him as the only one who wouldn’t ask me to keep secrets or make me feel ashamed.  He was the only one who wouldn’t punish me for being a child.

With Heavenly Father as my confidante, I was able to keep my head down and run out the clock.  I turned eighteen and was set free from being legally obligated to visit either parent.  Bright eyed and bushy tailed, I was finally able to explore my identity freely.  No secrets.  No shame.  Even though I had found consolation through my Heavenly Father, I still had wounds from my earthly fatherhood experiences.  I began my adult journey with anger and bitterness towards fatherhood; the only thing that came to mind when I envisioned fatherhood was abuse and pain.

My experiences caused me to be very cynical toward the idea of fatherhood for a long time.  In my search for clarity and healing, I stumbled across the book “Why Fathers Count: The Importance of Fathers and Their Involvement with Children” (Brotherson & White, 2007) where I read about the role of fatherhood as it relates to motherhood.  I learned that as a wife and future mother, I will be directly influencing my husband as a father.  The idea that I am involved in the role of my husband as a father and that I can support him in that role in a healthy way, gave me hope and a fresh start with the whole concept of fatherhood.  I know that we can support each other in our roles as Father and Mother to our future children by accepting each other, making decisions together, and unselfishly responding to each other’s needs.  By doing so, we will create an environment in which we both parent to the best of our ability and to the needs of our children (Chapter 3, p. 52).  With this new information I believe I can develop a new and healthy perspective of fatherhood as I support my husband in his new role.

Through my subsequent therapy and grieving, I grew to develop better relationships with both my fathers.  One day I was surprised to look back on my childhood and recognize tender memories filled with love and happiness.  Although my childhood wasn’t ideal, I have grown to love both of my fathers.  I realized they actually showed up for me and did their best to love me.  Our relationships may not be perfect but I love them and know they love me.

Maybe you grew up in a terribly abusive family. If that is the case, I hope this article inspired you to work for a better relationship with fatherhood-whether through your own father or another father figure. Maybe you grew up in a traditional family setting with a loving father. I hope you were inspired to improve your relationship with your own father and children even further, and to help those who are fatherless find a father figure. Maybe you are a father yourself. I hope you learned that even if you make mistakes as a father, your children can learn to forgive you if you prove to them that you genuinely want to be an involved, loving father.  Whatever the case may be, let’s resolve to have a better relationship with fatherhood, be a better father to your own children, help the fatherless find a father figure in their life, and support your spouses in their fatherhood.

My friend has this saying, “See it, own it, solve it.” At the time I heard him say this, I was struggling with my work partner. There were… 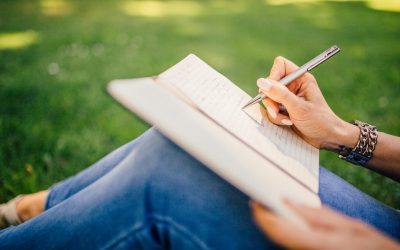 Gratitude journaling is the process of recording thoughts, feelings, and experiences of gratitude. These can be…

Recently, I was talking to a friend and she told me, “It’s just really difficult to have hope for the future.” I wanted to disagree but… I couldn’t.